Last year, Ministers temporarily blocked a move to sell the St Luke Drawing the Virgin and Child painting abroad. Now, thanks to lottery funding, the painting is to remain in the UK indefinitely. Art historians, students of religious history and others have welcomed the move. HLF fund directors have hailed it yet another success in preserving the country’s cultural heritage. The 15th Century devotional painting was recognised as an important medieval British cultural asset and was purchased by the Bowes Museum, thanks to a £1.9m HLF grant handed over this year. The remaining £500,000 will come from private donors and arts bodies.

About the St Luke Drawing the Virgin and Child

For many years, the painting had been in the custody of The National Trust at Penrhyn Castle, Wales. That was until last year when the National Trust sold the painting but was then blocked. Dating to the 15th century, the devotional painting shows a stylised St Luke drawing The Virgin Mary and child Jesus. It was painted by Dieric Bouts as oil on canvas. It is considered one of the best examples of Flemish style artwork anywhere in the world. 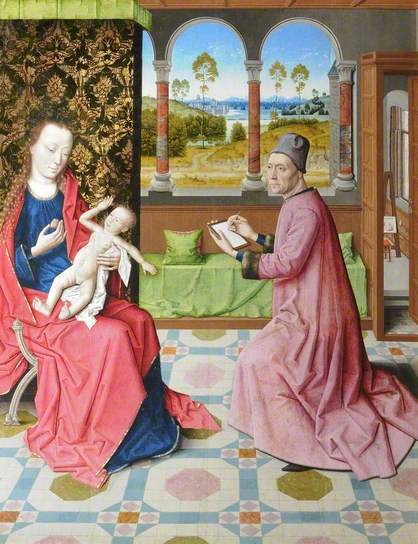 The majority of the fund came from the HLF. However, external money was required to make up the shortfall. York Art Gallery and Bristol Musuem & Art Gallery moved into partnership for the St Luke Drawing the Virgin and Child and are likely to display it at some point. Dieric Bouts’ work has been praised for its expressive style. It is notable in that his figures have elongated features. There is a certain stiffness about his work, but is noteworthy for being the first artist to use a single vanishing point. With the scheme now in place, this important work can now stay in the country.