It is one of the most extraordinary lottery stories from July: Australian man wins island resort by buying a lottery ticket. The previous owners decided to sell. However, they didn’t want it falling into the hands of millionaires, but somebody who would appreciate and cherish their life’s work. They decided to encourage interested parties to buy a lottery ticket at £38. The previous owners were Doug and Sally Beitz who set up the resort over 20 years ago on the island of Kosrae. They built it up to a holiday resort but had decided to sell up and retire. The unusual method of the sale caught the world’s attention. Thousands bought tickets but the winner has now been chosen. 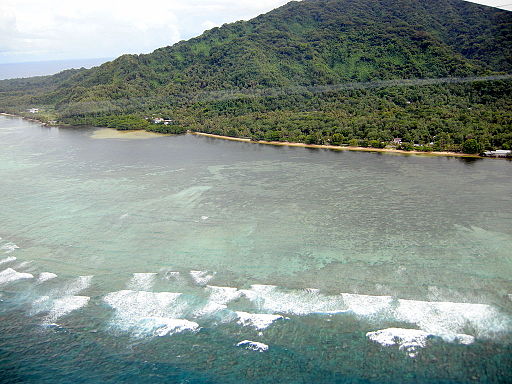 The online raffle sold over 75,000 tickets in over 100 countries. The winner did not want to be identified beyond his first name “Joshua” and his location – New South Wales, Australia.  “Joshua” is now the proud owner of the Kosrae Nautilus Resort including all vehicles and a 16 room property. All this because he decided to take a chance and buy a lottery ticket. He will now take charge of the debt free resort, its business interests and live on the idyllic tiny island of Kosrae.

The Kosrae Nautilus Resort is on the tiny island of Kosrae located off the coast of Micronesia. It is a popular scuba diving resort for Australians and Americans, being relatively close to Hawaii and Guam. It has a population of 6,610 at its last census. The islands have been recognised as having some of the best preserved coral reefs anywhere in the world, some say the corals that surround Kosrae are thousands of years old. It is home to some ancient ruins and natural wonders. “Joshua” whomever he is, just got himself a bargain in deciding to buy a lottery ticket for £38.