Part of the American government’s duty of care to wildlife is to protect the country’s wild horses. There are thousands of the creatures across the midwestern states and others, with a large percentage in South Dakota. Now, as part of a breeding and conservation programme, a Powerball winner’s land hosts wild horses too. The Bureau of Land Management negotiated with the reclusive Powerball winner to accept over 900 animals. In a big unveiling, the Bureau of Land Management highlighted details of the 50sq miles on which the protected animals will now live. 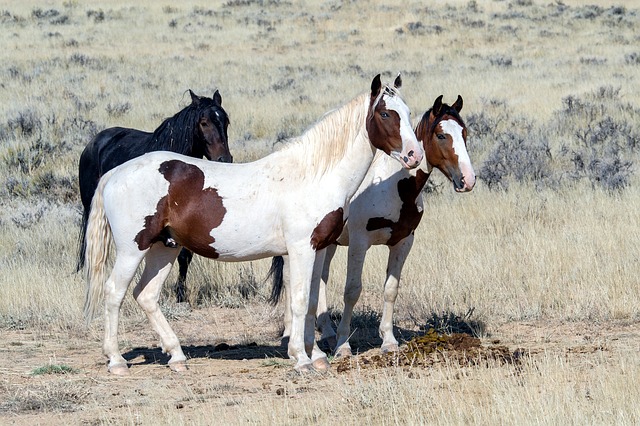 75 miles from Rapid City, South Dakota, the land hosts wild horses for Federal government. This is a massive relief to the BLM, government and conservationists. That the reclusive Powerball winner was willing to host the animals is greatly appreciated, especially when there are so many of them. Neal Wanless won some $89m in 2009. Despite releasing public information about his win, he does not like media attention and has refused to give interviews about his win or the agreement about the wild horse conservation. He refused to attend the grand opening but sent the ranch manager in his place, however. It is part of a subcontract from a private company that has a government deal for conservation.

The problem is that the Federal government has more horses than its land can support. That is why they turn to private landowners like Neal Wanless to hold wild animals on their land. Wanless is not the only private citizen whose land hosts wild horses, and he is unlikely to be the last. Breeding and housing programmes like this are essential to upkeep of protected species. In the UK, lottery money often goes towards their upkeep. Although this is not the case in this instance, the American lotteries fulfil similar duties of conservation.