The Welsh coast is one of the most dramatic in all of the British Isles. It’s an important route between the British mainland and Ireland, and a vital economic resource for fishing, shipping and tourism. The high tidal range around the coast has always provided unique challenges for seafarers and Porthcawl’s ranging coast is no exception. Bristol Channel is one of the highest tidal ranges in the world. However, that has never stopped fishermen, leisure boats or swimmers. The Porthcawl Lookout Tower is vital protection for the coast’s users. Now it has a bright future thanks to a substantial HLF grant. 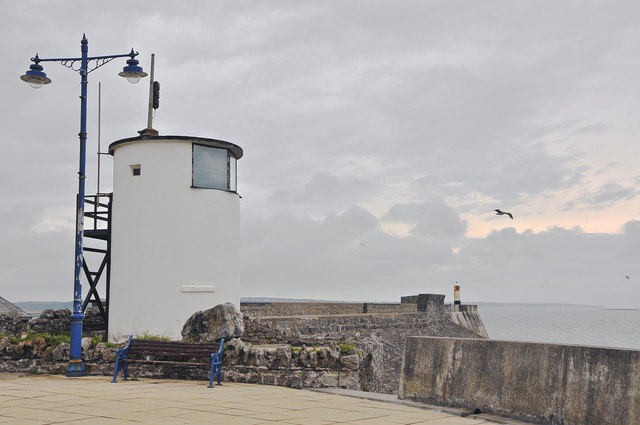 Known as “Old Pilot Lookout Tower” recently underwent substantial refurbishment. It now has a new roof, windows, and doors and enough funding to assure the volunteer’s future. The fund could not have come at a better time. In 2016, the facility received Declared Facility Status. This means it’s now part of official Search & Rescue facilities. Weekend watches began soon after. It’s a dream come true for facility managers who expected no more than a handful of volunteers. Instead, 43 people came forward, delivering a full compliment for the Porthcawl Lookout Tower. It’s now part of the National Coastwatch Institution – a network of 50 volunteer groups.

The Grade II listed Victorian Porthcawl Lookout Tower fell into disrepair until recently. Rough tide and extreme weather took its toll until locals decided something needed to be done to restore the local icon to its former glory. It was vital to allied shipping during both World Wars and continues to protect sea goers against the tides and weather of the Bristol Channel. HLF, Cadw and Bridgend County Borough Council came together for the restoration through the Porthcawl Townscape Heritage Initiative. Equipment will help with off-shore and on-shore monitoring.