Here at Powerball Magazine, we focus on the world’s biggest lotteries. Most of our news articles are on the British lotteries, the American Powerball and Mega Millions, and the EuroMillions. It is not often that we bring you exciting news from other lotteries. Observers of international lottery news will be pleased to know that there is a new German lottery jackpot record and that it is the second this year. In July, one lucky player won €84.8m (around £73m) in the Eurojackpot Lottery. An alternative to EuroMillions, it plays in some countries were EuroMillions operates but in many where it does not. 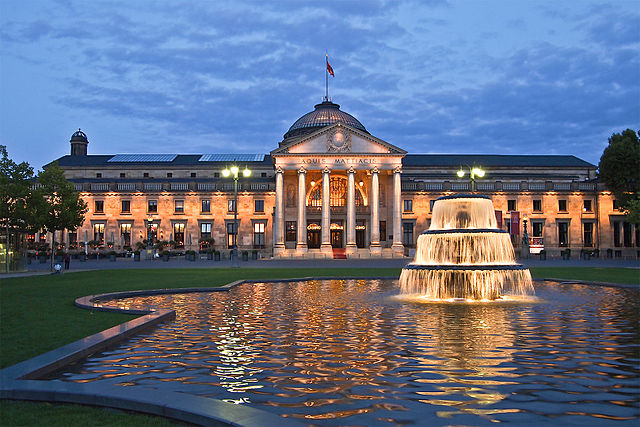 What We Know About The German Lottery Jackpot Record Holder

Few details have been released about the German lottery jackpot record setter. The draw was made on the 29th July in Helsinki. What we do know is that they live in the north-west province of Hesse. Frankfurt is the province’s largest city, but it is not its capital. That honour goes to Wiesbaden, a historic city with an impressive bathhouse (see above) and much history.

Participating countries in the Eurojackpot lottery are former soviet block countries Croatia, The Czech Republic, Estonia, Hungary, Latvia, Lithuania, Slovakia and Slovenia. “Western” European countries also in the draw are Denmark, Finland, Germany, Iceland, Italy, the Netherlands, Norway, Spain and Sweden. Players in the UK are not eligible as there is no license holder here. The record jackpot still stands for The Czech Republic, a record that was set in 2015 at €90m. However, this is the maximum that winners can claim. As a result, It can only be matched, it cannot be beaten. Germany is not a country we visit often, but with this second large jackpot in a year, we expect more interesting stories in the future.