The Salvation Army does a lot of important work. That is true at Christmas especially when the homeless brave cold, wet and wind in the northern hemisphere. Thankfully, “Sally” is on hand to offer a bed for the night and some warm food. Their brass bands light up our towns and cities as Christmas comes around. Founded on charity, they survive mostly on the donations of generous locals. So imagine the surprise of Pennsylvania Salvation Army when they found a winning lottery ticket in a collection kettle. Rather than the usual donations valued at a few pennies or a couple of dollars – this was worth much more.

How Much Did the Anonymous Donor Give Pennsylvania Salvation Army? 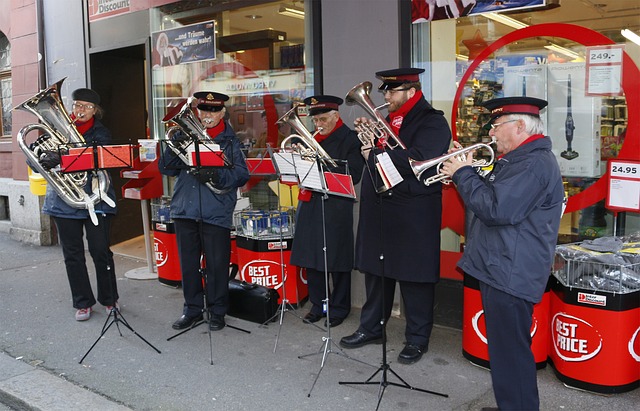 Pennsylvania Salvation Army officials stated that receiving a winning lottery ticket is not unusual in itself. However, the size of the donated prize is unusual. Typically, most donated tickets are worth between $10-20 (£8-£16). This particular ticket, donated on 6th December, was worth $1,000 (£800). Major Leslie Walter from the local Salvation Army office noted that this season brings out the best in people and thanked the anonymous donor for leaving the ticket. The money will ensure (as ever) that the local community benefits from the work of the Salvation Army.

The ticket was not especially obvious as it was inside a rolled up wad of $1 notes. This year, the large donation is especially welcome for the Salvation Army. The annual fundraiser for the local community was behind schedule on the day the administrators opened the kettle. The Pennsylvania Salvation Army campaign is still behind schedule though. According to figures, the collection fell short of 2015 by some $22,000 (around £17,000) at the same date. Notably, 2015 is also their lowest year for charity donations since 2008. They hoped to raise $190,000 (£150,000 approx) by the close of play. At present, that still seems unlikely.