Scalextric has wowed British children of all ages (and their parents) for generations. It has been an important part of growing up for many children. It still holds a certain appeal even though it is perhaps not as popular as it once was. That is why one art centre in Havant, near Portsmouth is keen to promote the history of the game to young and old alike. The managers wanted to research its history for a presentation. The Art Centre Scalextric project has just received a £60,000 grant from the National Lottery. 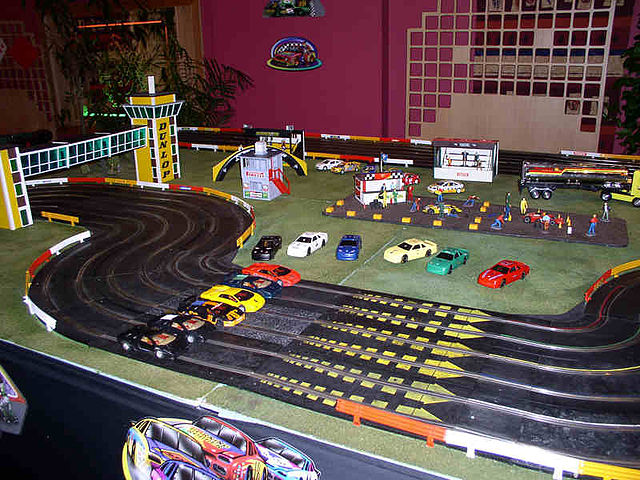 About the Art Centre Scalextric Project

It is the 60th anniversary of the game. The reason the art centre Scalextric project is happening in Havant is because that is where the game was originally manufactured. The money will go towards an exhibition, a film and workshops to delight new generations. What’s more, they have asked for anyone who worked at the factories in Havant to come forward and get involved in the project. The exhibition will open on 2nd October ahead of its 60th anniversary in 2017.

The Appeal of Scalextric

Its heyday was between 1957 and 1970 when millions of tracks and cars were produced. Demand was so immense that the factories could not produce enough of it. It was the perfect family toy that involved children and adults at a time when Formula 1’s popularity was growing. Now owned by Hornby Hobbies, Scalextric is still going strong although it is no longer manufactured in Havant. It is simple to set up, simple to use and delivers hours of fun. It is part of a time when childhood play was innocent. That, in part, contributes to its continued popularity. Today, the cars represent modern racing and sometimes licensed film memorabilia.