A satirical take on some of the many public fraudulent claims to lottery wins over the years, has found its way onto social media this week and immediately went viral. What made it even funnier was that National Lottery organisers also got in on the joke, enjoying the fun at the expense of those who try every trick in the book to fake a lottery win by manipulating or damaging tickets. 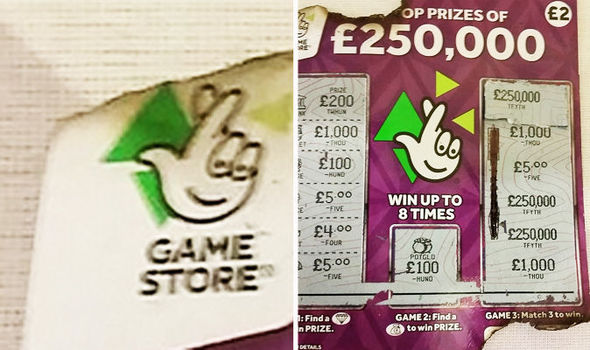 A man by the name of Jonny Smith posted the above picture, clearly with a £250,000 tag cut out of another scratch card and posted over another number, to falsely claim he had won the top prize. He posted a sob story that a small fire had damaged the barcode on the back which also selectively damaged the serial number on the front – in a separate incident of selective clumsiness, he also spilt ink over the serial number in the scratch panel. Jokes such as this are common on social media. What Mr Smith perhaps did not expect, was for the Camelot social media page to comment in kind.

The employee recommended that Mister Smith completely fireproof his home as a first measure against future insurance against lost “winnings”. To avoid future clumsiness with his tickets, he should also switch to pencils rather than pens. Finally, they recommended that he use a decent glue next time when piecing defaced tickets back together. Signing off, they stated that Mister Smith would not be getting a reply. The amusing post has been liked and shared many thousands of times already since first posting on Sunday 31st January. Another comment claimed to have found three £100,000 on which they would not pay out – the third £100,000 being the game’s title!