The Heritage Lottery Fund provides money for some of our biggest and smallest heritage projects. Heritage is often seen as a frivolous expense unless it happens to bring in lots of money. This is unfortunate as we can all benefit from local projects. They instil civic pride and give local people something to get behind. Some projects will receive little money because they have little return on investment. This could be said of the recent recipient of HLF money, but it demonstrates why they remain important. The research project will allow a group of experts to research a fruit hailed as the Shakespeare Pear. 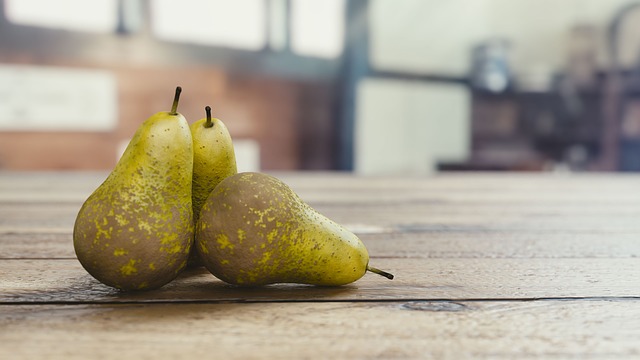 Stock photo: not a Warden Pear

The Bedfordshire Old Warden Pear is a heritage fruit mentioned in the works of Shakespeare. Hence, it has been dubbed the Shakespeare Pear by some. Presently, there are just five trees left that bear the fruit. This was enough for Paul Labous of the RHS to devise the project to research the fruit’s history and DNA and promote its conservation. The £8,400 grant will go towards local heritage and educating interested parties about the fruit’s history with the area.

The Warden’s Pear was mentioned in Shakespeare’s The Winter’s Tale and it is known to have been grown as early as 1388. Local monastic records mentioned granges (the word used for monastic farms) growing the Warden’s Pear. Shakespeare wrote 300 years later about the pear and Warden Pear Pie was once a local speciality. This project may lead to a resurgence of the Shakespeare pear locally and nationally, or it may not. What this programme will do is demonstrate that the Heritage Lottery Fund is not just about archaeological remains and physical history. Food is an important part of regional and national culture and who doesn’t like food?!