At the beginning of the week, it was confirmed that the second claimant of the £33m winner winning lottery ticket from January has finally had their ticket verified by Camelot. They have chosen to remain anonymous – as is their right. It also means that the grandmother who claimed to have been the winner but had put the winning ticket in the wash, is not a genuine winner. Susanne Hinte, who famously went public about her damaged ticket a few weeks ago, has now had her claim to the win denied with the validation of this second winner. The first winner came forward quickly and chose to go public. 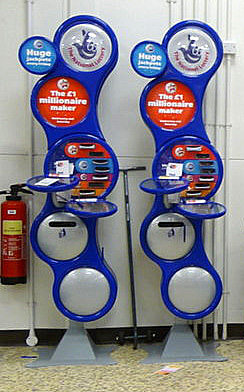 Ms Hinte was not the only false claimant, and every time there is a big win there is an expected large number of false claimants coming forward with stories of lost, damaged and stolen tickets. For this record lottery £66m draw, the lottery organiser Camelot claimed there was in the region of 400. Susanne Hinte was simply the most prominent on this occasion. Camelot are still deciding whether to prosecute Ms Hinte. Though rare, they are at liberty to prosecute anyone they see fit, whether it is in the public interest to do so, under existing fraud laws. Susanne Hinte will appear in court in March on unrelated charges.

As for the other winner, no further details have been released about them as per their right. We do know that the winning ticket was purchased on 9th January (the day of the draw) in Worcester but no further details will ever be released. The £66m jackpot was the largest (as at January 2016) ever for the UK Lotto or any Camelot game.