Stories of war often mark the sacrifices made, the heroes, the battles and the war dead. Rarely do we acknowledge those who chose to object to doing their duty for King & Country. These men are often shamed for their actions and locked away, their names tainted forever. A group of men were sent to Richmond Castle in North Yorkshire before being sent to France to face Court Marshall. During their time in the castle, they created some artwork – known as the “Richmond Sixteen Graffiti”. Their cells are covered with hundreds of sketches. 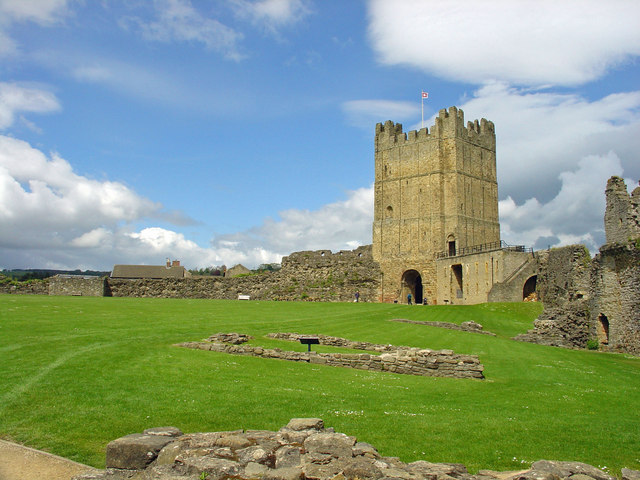 Amongst the Richmond Sixteen Graffiti are sketches and political slogans objecting to the war, poetry, religious passages and much more. Their number included socialists, a footballer, a chocolate manufacturer and a book seller. The most high profile was a footballer for Sunderland AFC. What is remarkable about these sketches is that there are so many of them. Unfortunately. damp and the wear and tear of the years means the sketches have crumbled. Little historic value has been placed on these remarkable images – until now.

A grant of over £365,000 has been made available from English Heritage as a result of Historic Lottery Fund money. During the centenary years of World War I, English Heritage are highlighting the role that conscientious objectors played through the Voices of Rebellion Project. The Richmond Sixteen Graffiti will now be saved from crumbling away in a building that was designed as a temporary measure to hold the number of objectors, pacifists and others who refused to take part in the war. The money will permit the public to view the artwork by shoring up the building. Conservationists will also take steps to ensure future generations can enjoy it.