A “dream come true” is how Ian Wood, a £25,000 People’s Postcode Lottery winner described the win. The Rolls Royce employee always wanted to own a certain type of vintage car. And as he grew up, the desire for that particular car type never faded. After winning the lottery prize in September, Ian Wood realised that that dream could come true. However, it is likely that this particular type of vehicle is hard to come by, even for a lottery winner. Wood believes that just 800 remain on the road and that they are hard to come by. If he can’t find one in good condition, he is more than happy to make it a personal project to restore one.

Is it an Aston Martin? Or a Ferrari? Or even a Rolls Royce classic, seeing as he works for RR? No, of all classic cars for our PPL winner to covet, it’s a Reliant Bond Bug (seen here). 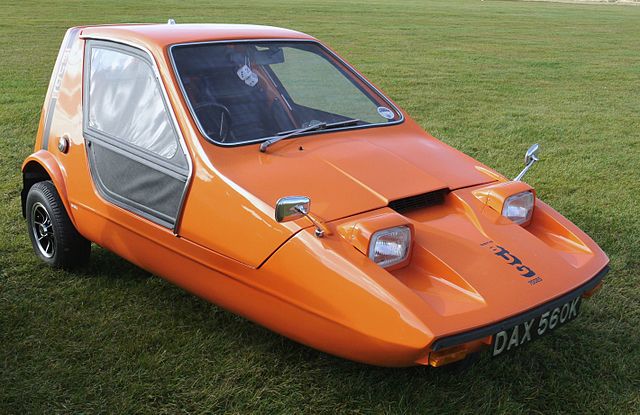 Bond Cars and later Reliant, the same company that built the Reliant Robin, produced the Bond Bug between 1970 and 1974. It is perhaps an unusual choice of vintage car with his lottery winnings, but his obsession goes back decades. It’s a two seater, three wheeler wedge shaped car. Its unusual design means that rather than doors opening sideways, the top canopy opens up, rather like an aircraft’s cockpit. Every model produced came in the distinctive orange you see in the image, except for half a dozen models painted white. Many people do not realise that the design of Luke Skywalker’s speeder from A New Hope took inspiration from the Bond Bug. However, the Bond Bug was not a cheap car; it was an oddity and a collector’s item rather than a practicality.