In the world of British lotteries, you might not be surprised to learn that there are awards for the best schemes. At the end of April, a local Air Ambulance charity based in Wiltshire found itself the winner of the prestigious Lottery Operator of the Year for 2015. In a country with so many large options – not just the Camelot National Lottery, but also the Health Lottery and other growing regional options, the success of the small Wiltshire scheme to win the award feels particularly sublime. The WAA Lottery began in 2009 to raise extra funds for the Air Ambulance. 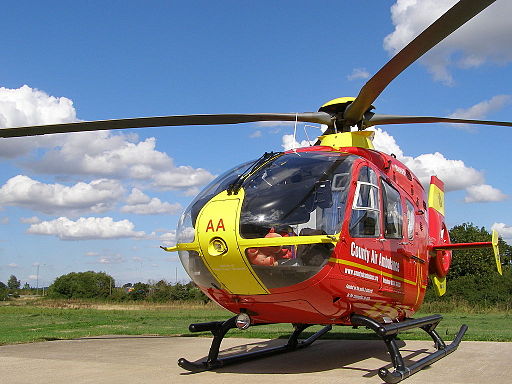 By Northwing at English Wikipedia [Public domain], via Wikimedia Commons

The charity raises over £900,000 annually from paying members. It is the single largest source of income for Wiltshire Air Ambulance and that drew the attention of the award authorities. The Lottery Operator of the Year looks at several aspects – not just the amount of money raised. Particularly, they look at how robust the programme is, its popularity and success. Of particular note is that in 2014, it introduced a second game. The original lottery has a top prize of £1,000 but the second game jackpot is an impressive £25,000. The scheme is administered on behalf of WAA by Tower Lottery.

The WAA has been praised for being one of the most successful regional lotteries in the country. Many counties, large towns and cities now have a local lottery, but few have managed the level of success of this year’s award winner. You need to be a member to play the regular lottery and can only play the £25,000 Super Draw if you enter the standard game. Players must be Wiltshire residents and over the age of 16. Unlike other lotteries, no claim is necessary. The individual membership number means that the organisers are aware of a win.