Visitors to West Devon and Cornwall last year may have seen the lottery funded Man Engine on tour. Celebrating the region’s industrial past, the robotic monument paid respect to the people who worked the clay and tin mines. The giant mechanical moving monument would not have been possible without lottery funding. Back in 2015, the Man Engine received £140,000 for its building and promotion. Most lottery projects are about helping people in need. Others support the arts. However, some awards simply celebrate local contributions to what makes or has made the country great. In September, the statue received an award. 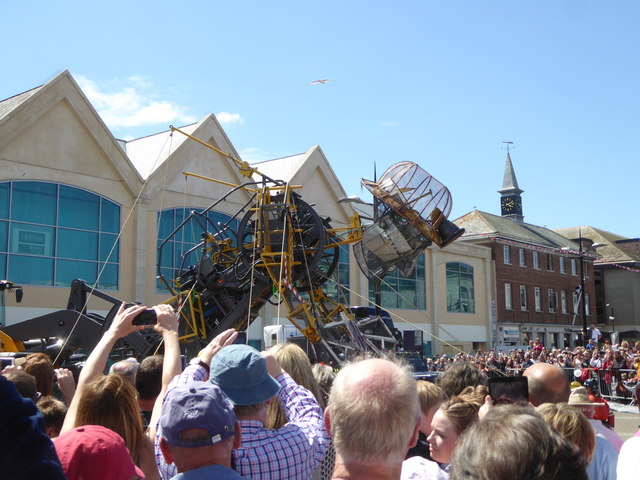 © Copyright Rod Allday and licensed for reuse under this Creative Commons Licence.

Earlier in the year, lottery players and the general public were asked to vote for their favourite arts project. The lottery funded Man Engine was the overwhelming winner. At a special award’s ceremony in late September, the organisers received the award from the cast of Doc Marten. 2017 was the tenth anniversary (or the “tinth” as it was amusingly called) West Devon and Cornwall’s World Heritage Status. The Man Engine toured from Tamar (the Devon and Cornwall border) to Land’s End, taking in many sites, towns and cities. It caught the attention of the national press, hence the award.

Projects like this are only possible through the cash that lottery players generate. With every prize draw, a percentage of the money raised is set aside for prize funds. Another portion covers running costs and the third portion goes towards good causes like this. We cover many of these projects here. No matter how you play or how often, your ticket money supports amazing causes in your local area and across the country. Part of the prize for the man engine was a furter £5,000 towards the project.