The Heritage Lottery Fund provides money for the upkeep and promotion of some of our best and least known historic sites. It has proven a vital source of funding for local and national pride. However, it’s scope is broader than this. Recent HLF Funding for RSPB Minsmere in Suffolk has helped one young ME sufferer to experience one of the country’s most important nature reserves. Lizzie Guntrip was diagnosed with ME (Myalgic Encephalomyelitis or Chronic Fatigue Syndrome) when she was just 17. Almost overnight, the active young woman found herself struggling with things most of us take for granted. 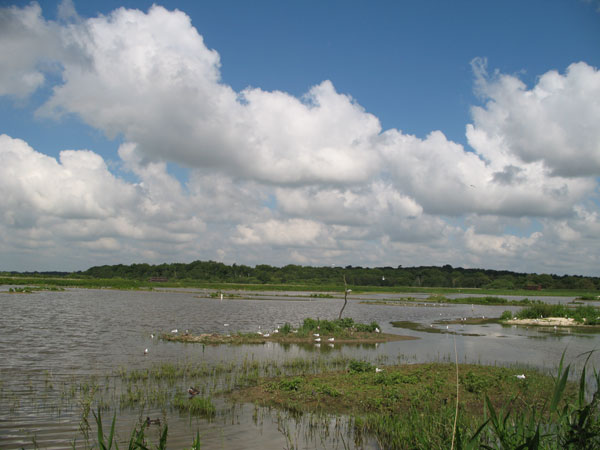 By Bogbumper (Own work) [CC BY-SA 3.0 (http://creativecommons.org/licenses/by-sa/3.0) or GFDL (http://www.gnu.org/copyleft/fdl.html)], via Wikimedia Commons

She found the RSPB centre by accident one day and was surprised and glad that she was able to get around thanks to the accessibility and openness of the centre. There are wide paths, non-slip paths, and easy access. HLF also fund the discovery education centre. After making a few enquiries, she discovered that HLF Funding for RSPB Minsmere helped them complete their accessibility features, making it easier for people with disabilities to visit the site and enjoy it as much as anybody else. Her passion for the RSPB centre resulted in Lizzie being featured on Springwatch in 2015. The BBC interviewed her for the television show on the site and on accessibility in general.

The improvements of HLF Funding for RSPB Minsmere has been designed with people with disability in mind. ME (Myalgic Encephalomyelitis) is a debilitating illness. Once cynically referred to as “Yuppie Flu” in the 1980s it has recently been identified as a genuine neurological illness that causes chronic fatigue, making it difficult for sufferers to get around. It doesn’t develop on its own, but follows a normal viral illness such as a cold or flu. Sufferers struggle with even basic things such as walking up and down stairs. Even short walks can leave them exhausted for weeks and it is a life-long condition.