One of the great causes that money generated by the National Lottery goes towards, is one we all support – heritage and tourism. When the UK National Lottery was established in the early 1990s, provisions were made for a portion of the profits to go towards supporting local tourism and aiding heritage sites that were in dire need of conservation. The Heritage Lottery Fund benefits many local and national monuments every year to encourage more visitors to an area and revisit sites of historic interest. In Northern Ireland, locals and managers of Hillsborough Castle last week were delighted to hear that their application was granted. 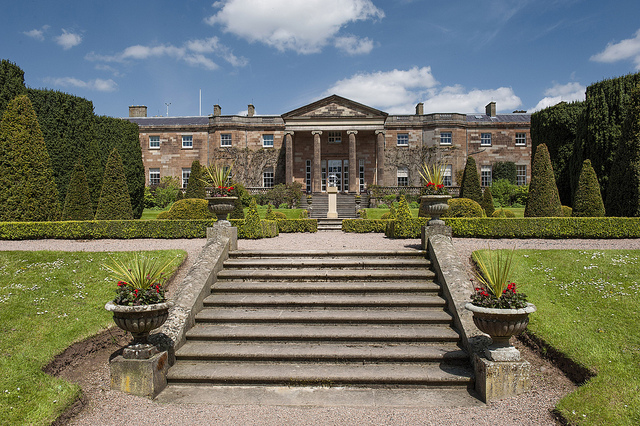 Hillsborough Castle is owned by Historic Royal Palaces which also owns Kew Gardens, Hampton Court Palace and The Tower of London. It has been the scene of political negotiations and has put itself firmly on the map of Northern Ireland’s history. Now, the ambitious plan to open up the palace and gardens has moved to the next phase of securing Heritage Lottery Fund benefits. The 100 acre estate and castle is located in County Down and is hoped will provide a big draw for people from the UK mainland and from abroad, building on Northern Ireland’s attractions as a popular domestic tourist destination.

The Heritage Lottery Fund benefits sites like this every year. Should Hillsborough Castle be successful, the project will include new retail space and a car park, restoration of a walled garden, and clearance and a return to former glory of one of the formal gardens. Inside the building, significant improvement to the layout of the state rooms including the display of the facilities collections, will be a big draw. In addition, an education centre will host school trips for education of N. Ireland’s history as well as field trips for conservation, nature and heritage.