In a year when money is going to war history facilities for education and presentation of this important part of modern history, enthusiasts of the our long-standing alliance with the USA will be delighted to know that the Imperial War Museum’s facilities at Duxford have reopened. The American Air Museum reopened on the 19th March following extensive refurbishment and redevelopment thanks to money granted by the Heritage Lottery Fund (HLF). The American Air Museum tells the story of Anglo-American collaboration of the 20th and 21st centuries, an important alliance to many global conflicts over the last century. 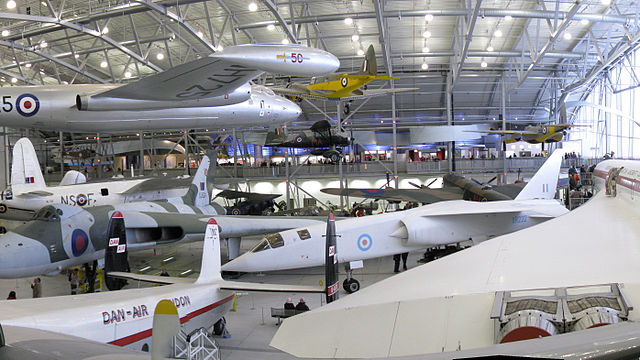 The American Air Museum features many aircraft and objects linked with the troops on the ground right up to the officials, military leaders and heads of state as they worked together in hot zones and conflict areas. The stories the museum tells are poignant, celebrating the alliance that has endured since the middle of the First World War, through over 850 objects from the small personal items to the aircraft that hang from the galleries. It has also taken the opportunity to explore some of the unsung heroes of global conflicts too. The American Air Museum is committed to showing diversity of wartime Britain and the USA by highlighting engineers, flight mechanics, factory workers and others – particularly of women and ethnic minorities and the important work that non-front line personnel contributed to war efforts.

The Imperial War Museum is a network of facilities across the UK exploring the history of modern conflict. Their main facility is in central London, the titular Imperial War Museum. As well as the American Air Museum in Duxford (Cambs), they also own the HMS Belfast which is permanently moored on the River Thames, The Churchill War Rooms also in London and IWM North in Manchester.