As far as investment in the arts is concerned, Cornwall is often forgotten. There is a distinct lack of large venues in the county. It is not spoilt for choice though; it is home to the famous open air theatre known as the Minack, but its capacity is not very large. Its main theatre though is Truro’s Hall For Cornwall. Although the building itself dates to the 1880s, “HFC” has only been a theatre since 1997. Previously, it had been used as a flea market, courthouse and town hall. Left to ruin, it was bought up and converted to a theatre and art exhibition space. Now, Hall for Cornwall Investment is set to improve it further. 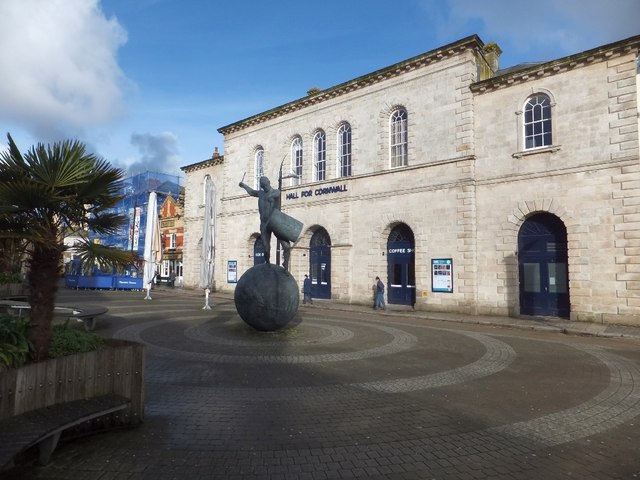 © Copyright David Smith and licensed for reuse under this Creative Commons Licence.

It is the centrepiece of the county’s arts traditions, but The Hall has just received money from the National Lottery for further revamp. Hall For Cornwall investment will be an initial value of £223,000 from the lottery, but management will apply later in the year for a further £2.5m. The theatre is presently undergoing, along with the city’s Old City Hall, an £18m revamp that will receive investment from a variety of areas. £2m will come from central government, for example, and more money is due from the ERDF before the UK leaves the European Union.

Hall For Cornwall will see general refurbishment of the auditorium and its capacity. One of the side entrances will also be refurbished to relieve human traffic in and out of the building. Part of the wider investment will see improvements to the Grade II listed building. The project is ambitious and the largest of its kind for Cornwall, but in future, it is hoped Truro can compete with other big cities for arts.