The world of lottery news is full of feel good stories. We hear about deserving winners and the infinite generosity of others. Sometimes, we hear about how good comes following tragedy. That is exactly what happened to Sam and Barb Ratliff of West Virginia whose local area was hit by flooding in June 2016. On 25th June, they won $1m (around £670,000) on the US Powerball. When news of the lottery win came through, and with the flood still fresh in the mind, they knew what to do. As churchgoers, they felt they had a duty to help and decided to offer some of their winnings as flood relief donation. 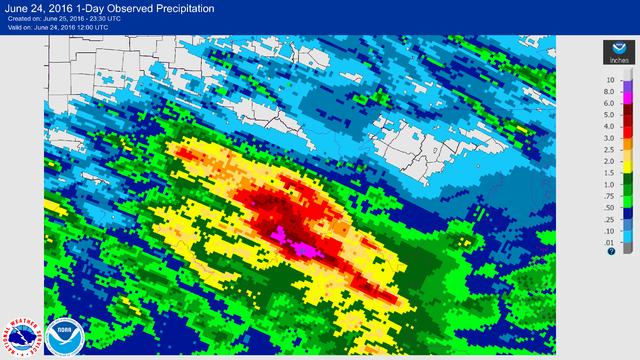 The couple decided to donate some of the money to flood victims. They had already been helping physically. The Ratliffs had fed volunteers called in to offer immediate assistance. The flooding was so bad and so many people affected, that they decided to wait to claim their money. They personally were not affected by the flood, but were so moved by the plight that they decided to help. The flood relief donation will certainly come as a welcome gift. This from a couple who had already done their part to help.

Speaking after the win, they said the money would not change them. As expected, they would pay off debts and put some money aside for family’s education. They have four children and six grandchildren. The couple emphasised that they would continue to help their church aiding local flood victims. They may not have checked their ticket had they not discovered that their local store had sold the $1m ticket. Like most winners, they could not believe their luck. They checked, double checked and tripled checked their ticket to make sure they had actually won.