A long dispute in which a $1m (approx £670,000) lottery winner in Florida found herself in court, sued by her ex-boyfriend over a verbal agreement that they would share the cash, found partly in the ex-partner’s favour this week. The case of Howard Browning and Lynne Anne Poirier has been dragging on since 2007 when Browning said they bought the ticket together. He produced a cash machine ticket as proof of his entitlement to half of the winnings. The ATM receipt had a time stamp of shortly before the registered purchase. Poirier claims they met up at the petrol station and bought separate tickets before parting. 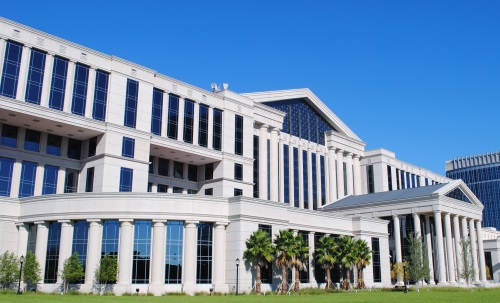 Browning further claimed that Poirier – with whom he was in a relationship at the time – left the house they shared together and went silent after claiming the win, failing to return text messages and phone calls. She eventually returned and told him to vacate the house. When he refused, she took him to court to get him evicted. During the court proceedings, he claimed that they had had several verbal agreements since the 1990s to share any winnings, and though he accepted that the relationship was over, she should honour the agreement they made when together as the tickets were purchased when they were still a couple.

The jury agreed with this argument, agreed that the then couple had had a binding agreement which Poirier had failed to honour following the breakdown of their relationship. They granted him $291,000 (approximately £194,000). The case may not over though as Browning’s attorney has argued that Poirier should give Browning a further $100,000 to cover lost interest since the pair purchased the tickets in 2007. After the verdict, Browning said he was happy with the outcome and was looking forward to having a relaxing break.